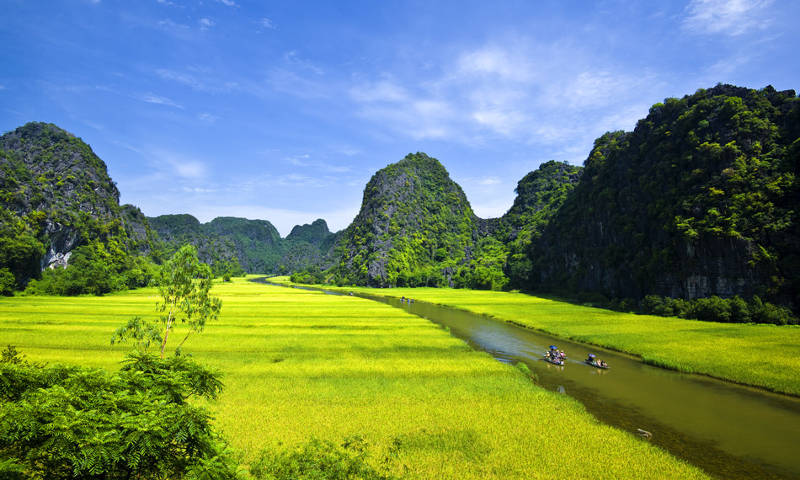 Hoa Lu ancient capital has many architectural works of great historical significance, along with traditional festivals handed down to now, making many visitors curious to visit.

Hoa Lu was the first capital of Dai Co Viet, the central feudal state, as well as the capital of the Dinh, Tien Le and Ly dynasties. After moving the capital to Thang Long (Hanoi), this place became the ancient capital. Although the kings did not station in Ninh Binh anymore, they still renovated and built more architectural works here such as pagodas, palaces, communal houses, tombs, etc. The ancient capital Hoa Lu became an extremely important national architectural and historical complex, which needs to be very preserved of Vietnam, and also recognized by UNESSCO as one of the four core areas of the population. Trang An World Heritage site. Along with a thickness of up to more than 1000 years, this place is a place to preserve historical relics through the ages.

It is an architectural complex, and each architecture has its own characteristics, all making the ancient and majestic beauty of ancient historical sites. The vestiges - history still remain in the diverse and rich complex of monuments, including the walls, citadel, caves, temples, tombs and many other types of valuable architectural works. high historical and cultural values. Hoa Lu relic area is divided into 3 areas: